The first day of this academic year, as usual I was waiting for my daughter to come back from school. By the time she freshened up and changed I was ready with her regular bowl of curd rice. But my daughter had totally different plans for me. My daughter wanted to have snacks or tiffin after she’s back from school. Though on that particular day she finished the bowl of rice with a grumpy face, but from next day onwards I had to make her something. So from then on, I’ve always been on the lookout for some healthy and nutritious snack items. 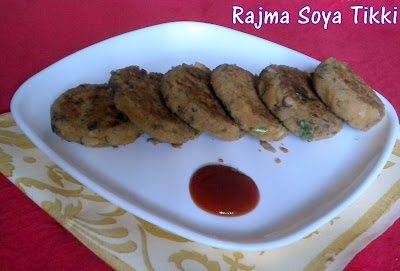 The other day, while I was surfing the channels I chanced upon this cookery show and saw this yummy but very healthy snack. Rajma and Soya as everybody knows are packed with proteins. And generally things like cutlets catch children’s fancy. So I decided to make this and not only did my daughter but all the others in the family liked it. So here is the recipe: 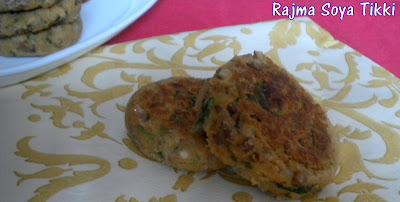 Pinch out lemon sized balls and shape them into tikkis. Heat a non stick tava, place the tikkis on it, 2 at a time drizzle oil on the sides. Flip and cook in medium flame till both sides turn brown. 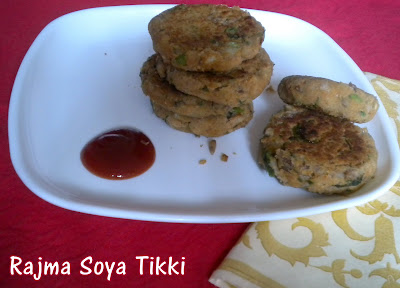 Healthy and tasty tikkis are ready. Best served with green chutney else serve with tomato ketchup.

Great looking healthy snacks always my favotite favorite! Thanks for such lovely recipe!

hey this is indeed a healthy indulgence- nice combo !

Very healthy and guilt free snack for the evening :) Pretty new to me too. Will give it a try soon :)

Here for the first time and must say you have a nice collection of recipe. Keep the good work going on :)

Both the main ingredients are in my pantry for long long time,nice recipe!

Thanks for your cooment on the imartis ~ It was actually my first time making imartis. They are indeed a little tricky but if you try I am sure you will be able to get it right.
US Masala

Tikkis are absolutely droolworthy, it'healthy too.

chef and her kitchen said...

Kids love snacks right. I used to love them too, well I still do :D Lovely tikkis. I am going to bookmark these :D

Healthy tikkis look so yum and tempting... Happy to follow you...

Its new to me...very yummy one with all the healthy ingredients :)

Healthy tikkis love the high protein content in them.

wow they look really yummy!!! can you make this entry to event going by my blog healthy sancks....

Thanks to your daughter for this wonderful tikkis.

Thanks for sharing the recipe with us Kaveri. A good way to induce soya in kids diets. why don't you send them my way. check out the link below.

super delicious tikkis dear, thts so healthy, liked the rajma and soya combo, shall give it a try..thanks for linking it to my event. :)

these are indeed soo healthy! 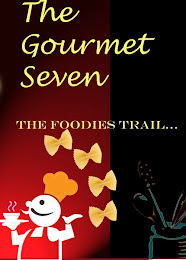